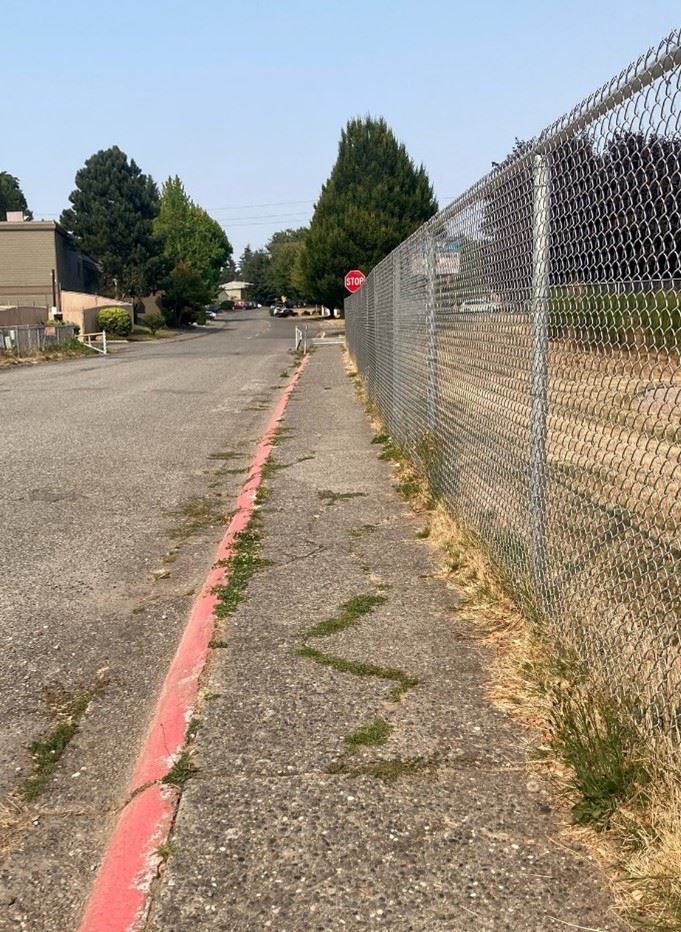 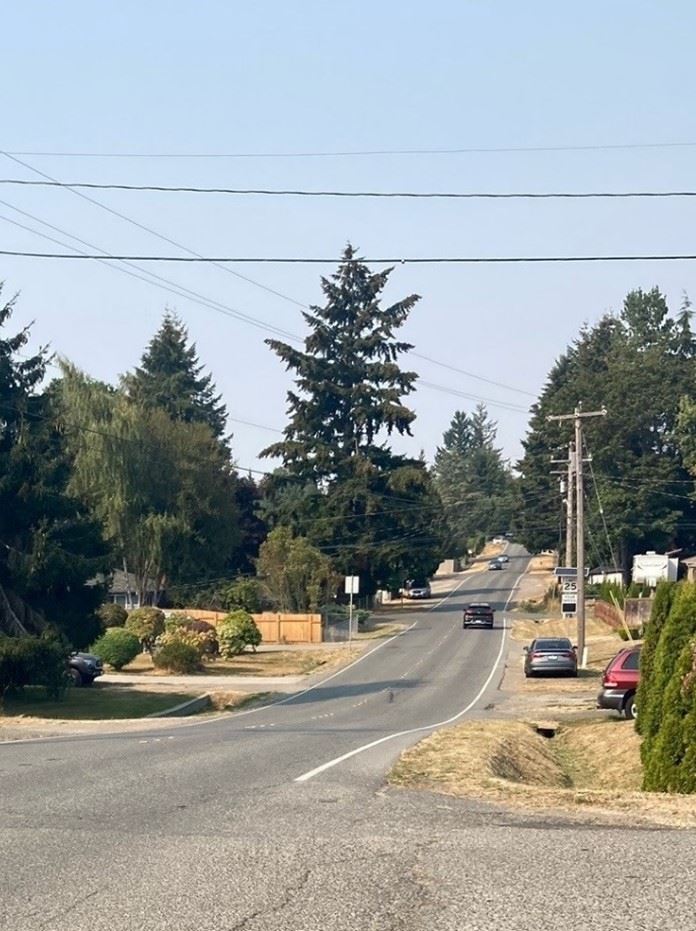 The City seeks to enhance and provide continuous sidewalk and bicycle facilities serving areas immediately north of View Ridge Elementary School through the Safe Routes to School program. The program provides funding to communities through a competitive application process and seeks to improve safety and mobility for children by enabling and encouraging them to walk and bicycle to school. Funding from this program is for projects within two-miles of primary, middle and high schools (K-12). In addition, the planned improvements align with the goals and recommendations of the City of Bremerton Non-Motorized Transportation Plan and City of Bremerton Comprehensive Plan. 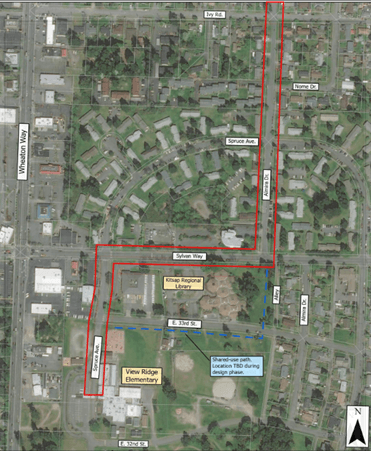 View Ridge Elementary is located on Spruce Avenue south of Sylvan Way with a large proportion of current and potential pedestrian/bicycle traffic utilizing Almira Drive north of Sylvan Way to commute to and from the school. Spruce Avenue (a 2-lane local roadway) currently has 4’ wide sidewalks generally along the east side of the roadway and connects to the school entrance. Sylvan Way (a 2-lane minor arterial) currently has 4’-5’ wide sidewalks on both sides with a signed mid-block crosswalk approximately 250’ east of Spruce Avenue. Almira Drive (a 2-lane local roadway) has 4’ wide sidewalks on both sides of the roadway terminating south of Nome Drive (approximately 900’ north of Sylvan Way). Roadside ditch drainage with no curb and gutter is present on Almira Drive generally north of Nome Drive. East 33rd Street (a 2-lane local roadway) currently has 4’ wide sidewalk on both sides of the roadway with portions of sidewalk missing. A local city alleyway is located between Sylvan Way and East 33rd Street and generally follows the eastern boundary of the Kitsap Regional Library property. No designated bicycle lanes or markings are present on any of these roadways and the condition and width of existing sidewalks present are substandard. Existing sidewalk routes are not continuous in some areas and curb ramps at intersections are not ADA-compliant. 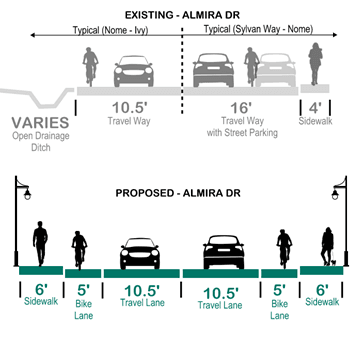 The City submitted an application to the Washington State Department of Transportation (WSDOT) for Safe Routes to School funding for the project in 2020 and received a notice of award for funding in 2022. The grant funding provides a maximum of $4,155,000 in project funding and requires a minimum City contribution/match of approximately $645,000 (13.5%) for a total of $4,800,000. All project costs not directly associated with improvements which improve pedestrian and bicycle access to/from View Ridge Elementary School must be covered fully by the City. These non-eligible costs include the reconstruction of Almira Drive and water main improvements estimated at $1,200,000. The overall project cost is estimated at approximately $6,000,000. 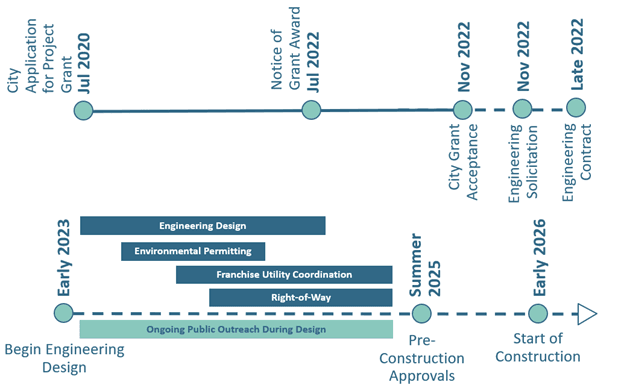 In 2022, the City of Bremerton submitted an application for additional Safe Routes to School funding to provided similar improvements along Almira Drive from Ivy Road to Riddell Road. It is anticipated that notification of award by WSDOT, if successful, would be provided in early 2023. In the event that funding is received for these additional improvements, the City will seek to combine improvements into one large project.