Construction has restarted as of January 23rd.  The Contractor is currently installing the new storm mains across the Church of the Nazarene property and will be starting into Robin Avenue next week.

This will require a closure next week of the intersection with E. 29th Street and Robin Avenue as the Contractor begins working north on Robin Avenue to make the improvements.

Closure of the intersection of E. 29th Street and Robin Avenue for the week of February 6th.  Starting February 13th, expect delays on Sheridan Road/Robin Avenue/E. 29th Street with intermittent lane closures to one lane traffic with flaggers during working hours. Roadways will be open to two lanes after hours and weekends. 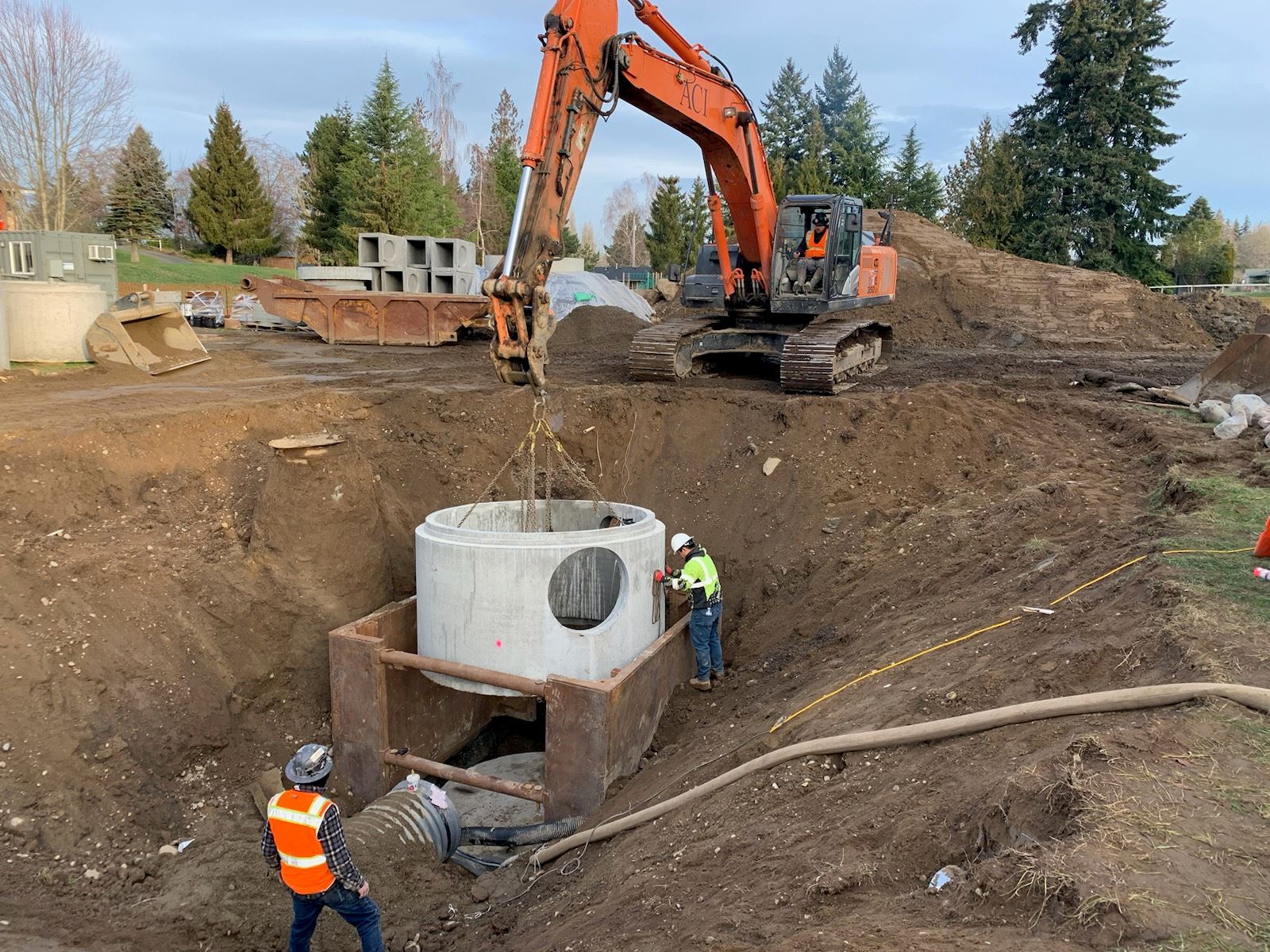 February 1, 2023 – Contractor setting a new 96-inch stormwater manhole at the Church of the Nazarene property. 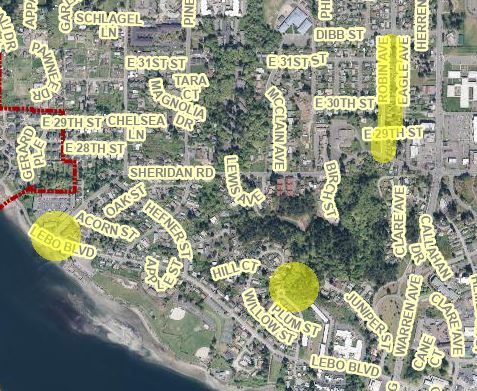 This project will make two substantial improvements for stormwater in East Bremerton:

Olympic Manor Neighborhood – This neighborhood, in particular Dibb Street, Robin Street, and Eagle Avenue, experiences flooding caused by insufficient stormwater capacity in the system. The City seeks to correct the flooding issue by installing new and larger pipes to increase stormwater capacity in both Robin and Eagle.  Along with these system improvements, the City will also complete needed improvements to the downstream outfall and inlet for Stephenson Creek where these pipes will connect to and make roadway improvements. These improvements consist of an asphalt overlay for Eagle, complete the missing sidewalk section on the east side of Robin, and curb ramp upgrades and improving the ADA accessibility for the neighborhood.

Pine Road Stormwater Outfall – Near the intersection of Lebo Boulevard and Sheridan Road, there is a failing outfall on the beach. The project will replace this outfall with a new one that will dissipate energy reducing beach erosion, remove concrete debris surrounding the existing, and greatly improve the beach environment.

The stormwater portion of the project will be completed using a low interest (1.66%) Public Works Trust Fund Loan (PWTF) and be repaid over 20 years from the Stormwater Utility. The additional roadway improvements included into the project will be paid for by the Street Fund. 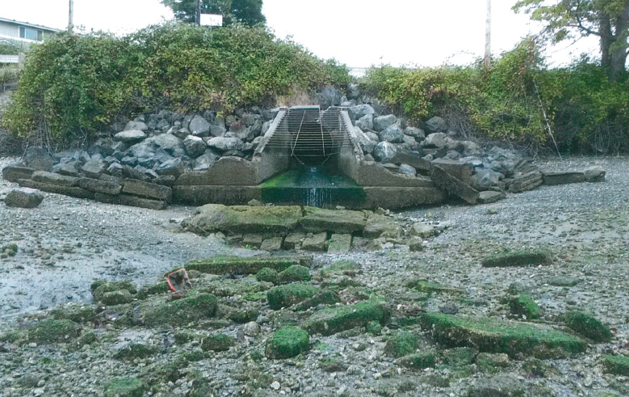 Failing Pine Road Outfall and concrete debris on the beach. 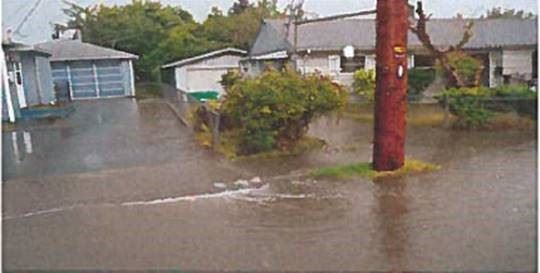 Flooding from the November 2012 storm event. 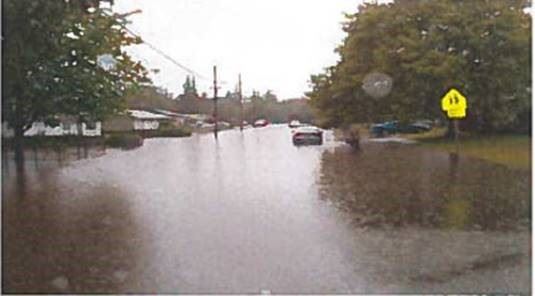 Flooding from the November 2012 storm event, depth of water in the roadway exceeded 2 feet.